Read more or buy directly from the sellers shop

This circa 1860 antique Sewan Kazak Caucasian Oriental rug measures 5’8” X 8’0” (177 x 244 cm).  It one or two generations older than the ones normally seen. It has a huge medallion with a green ground with two lobes at either end of the medallion. One is double the size of the other and very asymmetric. The center medallion is red, white and green on a green ground with a running dog border around it. The entire medallion is enclosed with an ivory border containing an ‘S’ motif and surrounded with a running dog border in blue. Each corner contains a square ivory design and a blue motif which puts me in mind of a tarantula design seen in Facralo Kazaks. All is on a beautiful tomato red ground. The field of the rug contains essentially no symmetry. Everything is basically one of a kind. The inner minor border is composed of an arrow motif, three sides of which are composed of an arrow point sitting on a triangular motif. The upper part of the border has only the arrow in blue and red on a camel colored ground. I’ve never seen this major border on a Kazak. I do not know the name of it. It is composed of four different colored squares in ivory, tomato red, blue and seafoam green. Each one is outlined in a red and white barber pole motif. There is no corner solution which points to any early age. The outer minor border is a meandering ‘S’ design in blue, red, and green on a camel colored ground. The motif changes at the bottom of the rug. There is one area that is worn to the foundation as photographed about 8 inches long by ¼ to ½ inch wide horizontally from the major border to the field. Directly across there is another spot worn to the foundation which is the size of an extended middle finger (which I intend to have repaired). The upper minor border is low extending into the top of the ivory part of the medallion. The edges have been rewrapped years ago. The ends are complete. The upper end has never even been opened. This rug I consider to be 99% full pile and by the time it is sold, it will be in perfect condition except for the low spot in the upper minor border. This is the most beautiful rug of its type that I have ever seen. The asymmetry is unbelievable. The first time you see it, it will take your breath away! The buyer pays the shipping which includes insurance 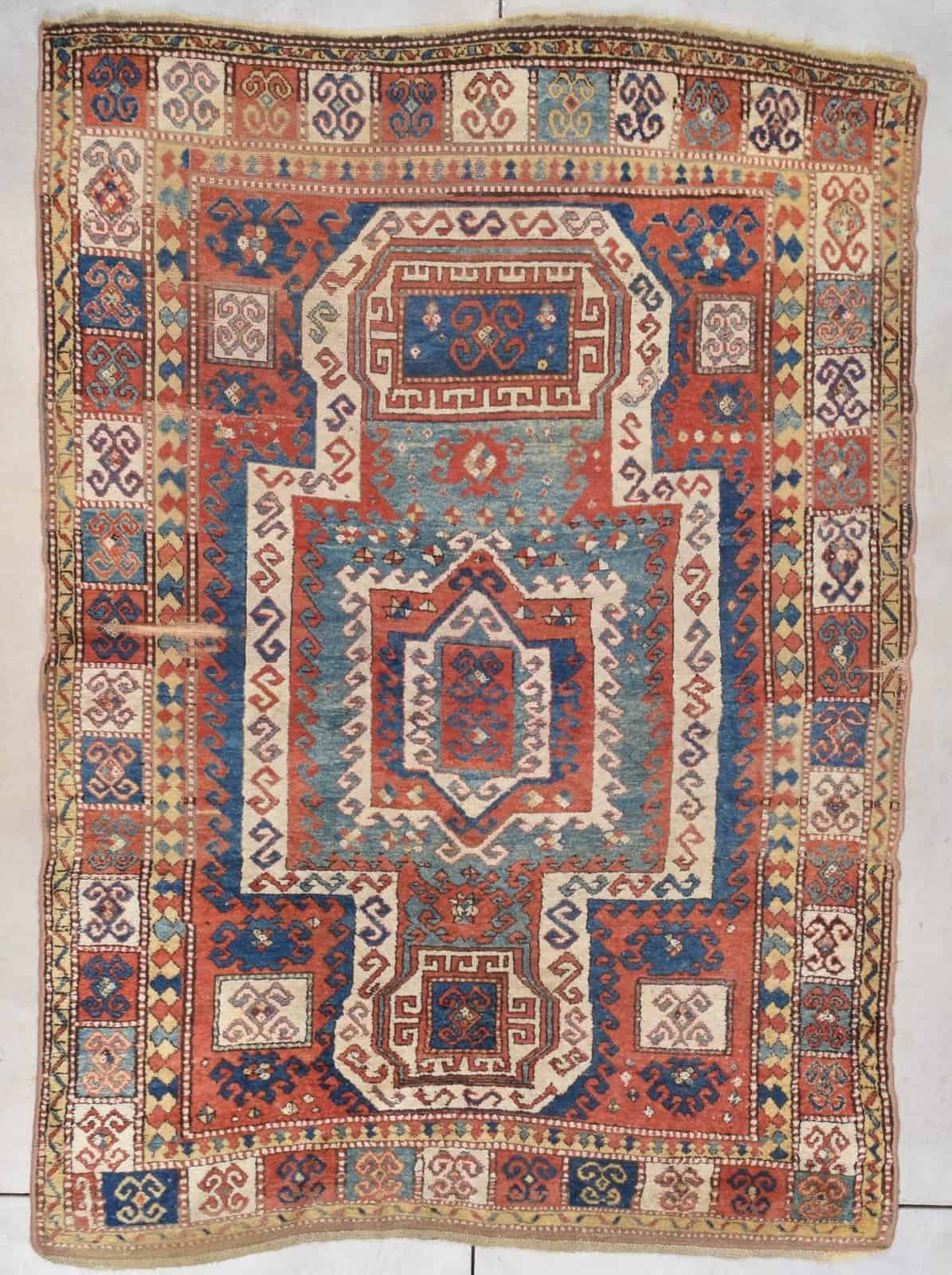 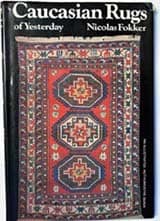